The following sections describe how Landcare has evolved in Germany, at European level and worldwide, how these movements are connected and how they are working today.

In Germany, 188 local Landcare associations (LCAs) work together with farmers, nature conservationists and local communities to preserve and care for our cultural heritage landscapes that have evolved over centuries.

Subsistence farming and other agricultural activities over the past centuries have shaped a diverse semi-natural, cultural landscapes with mountain meadows, rough pastures, hedges and orchards. Today, LCAs implement measures for integrated and sustainable land management in many rural areas of Germany by bringing together different stakeholders.

On-the-ground measures are implemented by local farmers. LCA coordinators are training the farmers in customised agricultural practices that preserve biodiversity. This combines traditional knowledge with scientific findings. At the same time, farmers are able to generate a sustainable income from such landscape conservation activities and maintain their farms with their biological and structural diversity.

As part of this commitment, LCAs also initiate sustainable regional development and bring together regional stakeholders in rural areas. They help farmers to market their quality products such as apple juice or lamb. We call these products also "nature conservation products" because they produce biodiversity as side effect. As soon as regional marketing starts, an increase in cash flow can be observed on the local market.

Landscape conservation in the Black Forest

Nature - a boost for rural development

In 2007 Landcare Germany organised the first mutual visit with other European countries, which marked the beginning towards establishing Landcare Europe - The network that brings together agriculture, nature conservation and communities for biodiversity, resilient ecosystems and quality of life in our European cultural heritage landscapes.

In 2021, DVL received funding from the European Commission for a 2-year pilot project for establishing a Landcare network at EU level. The project started in September 2021 in cooperation with 7 European partners, with which DVL has been collaborating over years:

Download the pdf "Partners Landcare Europe" in the sidebar to find out more.

The official project title “Improving guidance and knowledge sharing between land managers, conservationists and local communities to preserve cultural heritage landscapes under and outside Natura 2000” reflects the objective of the project: defining key factors for successful cooperative nature conservation and sharing best practices geared towards better implementation of EU environmental targets, in particular implementation of Natura 2000 within an agricultural context.

During the 2-year pilot phase the network partners will therefore exchange expertise and knowledge on the following core topics:

These core topics are the subject of 4 workshops, which are organised in 4 of the partner countries in 2022/2023 and intend to gather interest from organisations in other EU Member States as well. The mutual visits include field trip to Landcare projects in the hosting country, where local experts illustrate best practices, challenges and solutions, which are then summarised and presented to a larger audience at the final conference in Brussels in spring 2023. During this conference the network “Landcare Europe” shall also be legally founded as a European organisation with the goal to further expand it to all EU Member States in the following years.

After the first organised exchange in 2007 it became more and more important to exchange on European strategies and directives as well as how they are implemented in the EU Member States. Thanks to Landcare Germany’s activities the Landcare approach created interest in other countries and at European level (Commission and Parliament). Landcare Germany was invited to contribute with a case study to the guidance on “Farming Natura 2000” and to present the German Landcare activities several times during the plenary sessions of the Natura 2000 Biogeographical Seminars.

Over the years, Landcare Germany has connected with more initiatives in other European countries that follow a similar approach and provided guidance on the foundation of new foundations, e.g. in Romania.

In 2017 DVL and its partners presented in Brussels the network Landcare Europe and the Public Goods Bonus for the European Agricultural Policy after 2020.

Background
The Carpathian Mountains, especially the mountain meadow grasslands, are a biodiversity hotspot in Europe and require extensive management to preserve them. Structural changes in the agricultural sector in Romania as a result of joining the EU threaten these grasslands. The threats originate either from land abandonment and following natural reforestation or intensification of grassland use. Both developments result in a loss of biodiversity. Continuing extensive grassland is only sustainable in the long run if it provides sufficient income to the local families. Cooperation of land users, nature conservationists or environmentalists and local authorities can contribute to the sustainable use of the land.

Project details
The 2-year project aimed to encourage and promote cooperative approaches to conserve the cultural landscape in the Carpathian Mountains and improving the living conditions of local people (farmers) at the same time. In dialogues with authorities and stakeholders, the main activities and requirements for cooperation in the target region were discussed. During a one-week-training in Germany regional Landcare Associations shared expertise and knowledge on cooperative nature conservation with the Romanian partner organisation with the aim to apply it to the Romanian context. Landcare Germany and the Romanian organisation are still collaborating in the framework of Landcare Europe.

The European Union offers the possibility to exchange work experiences with other European organisations. Several groups from foreign countries already have had the chance to visit Germany and to discuss with Landcare Assiociations about their work. It is very important to exchange on European Environmental Directives to learn about new ideas and successful projects in other countries.

The Erasmus+ Exchange 2016/17 was carried out with partners from Spain, Slovenia, Sweden, Scotland and Romania.

Save-the-dates: Information on future workshops of the Landcare Europe network

Information on the organisations collaborating in the Landcare Europe network

First steps to landcare in Europe

In the early 2000s, the exchange between DVL and Landcare Australia, where a Landcare approach has also evolved since the 1980s, started a cooperation at international level. In recent years, the global Landcare movement has continued to grow, and many organisations have joined the worldwide network Landcare.

On 19th October 2010, the international alliance for the Satoyama Initiative was introduced to the 10th Conference of the Parties to the UN Convention on Biological Diversity in Nagoya.

Satoyama promotes the idea of "harmony between man and nature" and implies sustainable development and management of natural resources in landscapes that have been shaped by the local people for a long time.

Besides nature, mankind is at the centre of the Satoyama initiative. So Satoyama promotes a common basis for nature and the living of local people. This idea is very similar to the vision of the Landcare associations in Germany. Therefore, DVL is one of the two European founding members of the initiative.

Landscapes for People, Food and Nature

In March 2012 the Forum on Landscapes for People, Food and Nature (LPFN) took place at ICRAF in Nairobi. The LPFN hosted experts from all over the world to discuss how an integrated landscape approach can be developed and implemented in policy and on the ground. The DVL presented its experiences from Germany as well as the organisational structure of the LCA. Several working groups contributed to the "Call to Action" for Rio+20 and the general "Action and Advocacy Strategy".

Landcare Australia and Landcare Germany were founded at around the same time and with a similar approach in the 1980s, without them even knowing about each other. A personal contact to Australia finally brought the two organisations together. Although the natural background in both countries is different, there are many similarities in the organisations.

The article "Landcare with German eyes" by Beate Krettinger, published in Australia in 2002, can be found in the sidebar.

In September 2011, Landcare Facilitator Brett de Hayr came to Germany to discuss some key issues and visit some project sites of German LCAs.

In 2012 Beate Krettinger attended the National Landcare Conference in Sydney and gave a presentation on Landcare in Germany. During her stay in Australia, she had the opportunity to meet and discuss with some Australian Landcare groups.

Landcare Germany (DVL) is one of the 16 founding members of Landcare International, which was founded in 2004 in Stellenbosch, South Africa, and was governed by an international steering committee of 16 members, represented by Australia, New Zealand, Kenya, the USA, Germany (DVL), Iceland, the Philippines, Uganda and South Africa. It represented a global network of individuals and institutions committed to the principles and practices of Landcare and its promotion worldwide.

The common goal is to exchange experiences and promote sustainable resource use with community-based land management organisations. Well-established organisations act as coaches to support the developing initiatives with their experience and knowledge.

Landscapes for People, Food and Nature

The Project Shepherds from the XXIst century: increasing professionalism in the management of extensive livestock, wildfires and landscape in the era of global change, also known as FireShepherds, is an Erasmus+ project that started at the beginning of 2019 with the aim to prepare next generations of Shepherds in the management of extensive livestock with wildfire prevention purposes. Partners from the consortium come from different European regions: Catalonia, Extremadura, Gran Canaria, Portugal, Germany and South France.

The project has its basis on different common problems that the project regions are currently facing: the decrease of shepherds working with animals in extensive regime and the large wildfires that visit us every summer. In the first case, silvopastoralism has always been a common practice in the Mediterranean region, being characterized for the presence of extensive livestock grazing in forest ecosystems. The exploitation of the vegetation of these areas brings a wide range of ecosystem services to society such as high-quality meat and milk, biomass extraction, cultural landscapes or wildfire prevention. However, the lack of chances to make silvopastoralism an economically sustainable activity has caused an important descent of exploitations. In the second case, wildfires are visiting Europe every summer with more intensity and more hectares burnt, like recent episodes in Portugal or Greece, compromising the safety of extinction services and neighbours, and the recovering of ecosystems, as well.

For the reasons explained above, it is very important to start managing the forest again, as it was done decades ago. To do so, a proper training of shepherds from the next generations is a key action if we want to achieve a fire resilient landscape.

The project was born with the aim of creating a cooperation network among European shepherds’ schools, shepherds and public administrations to exchange good practices in the development of silvopastoralism and wildfire resilient landscapes. More specifically, we pretend to design an elaborate a study module for shepherds schools about silvopastoralism, apart from sharing successful experiences from the different regions involved in the project. The consortium has a transnational perspective because of the increasing wildfires crisis and grazing regression that Europe is passing through.

The network that we want to create will be composed of academic partners, but also different non-academic bodies involved in the management of certain areas. These two visions collaborate to feed with contents the study module, and to exchange the results of different real experiences. At the same time, the study module will be part of shepherds schools study programs dealing with issues such as livestock management, wildfire risk, landscape change or public-private land management. 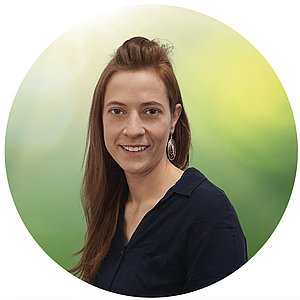